At the core of AGF's audience research is the TV Panel, which AGF operates in cooperation with GfK and which is continuously developed from a TV to a Video Panel. AGF Videoforschung has systematically enlarged the Panel in several expansion stages. While there were only about 2,700 households in the 1980s, the panel size has now almost doubled to at least 5,299 households, with about 11,000 people living in them. Including non-TV households, i.e. households without a traditional big screen, the AGF panel covers at least 5,400 households. The extended panel is the basis for evaluations in the market standard video. 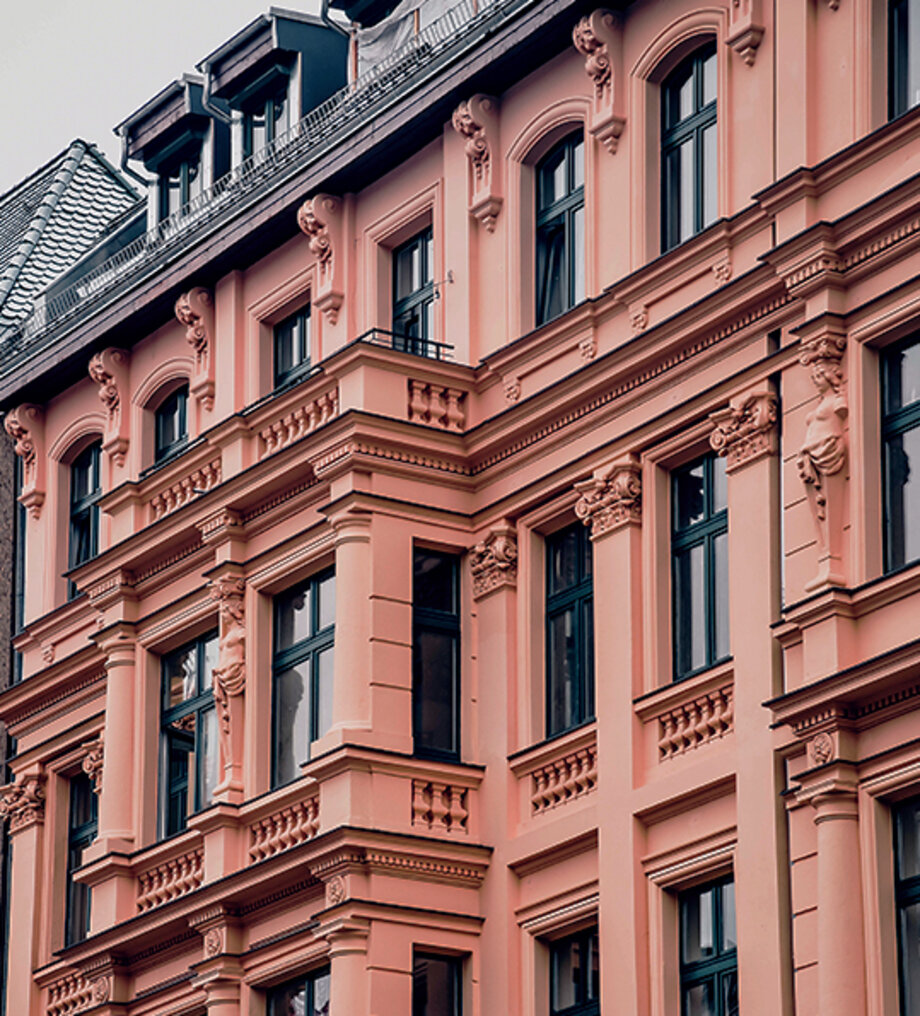 Since the beginning of 2016 the universe represented by the AGF system has been “the resident population of the Federal Republic of Germany in private households with at least one TV set in use and a German-speaking Main Income Earner.”

Once a year, panel households are surveyed with a questionnaire (PAPI or online) covering a wide range of demographic and consumer behaviour items which serve for the large number of target groups available for the analyses. Additionally the information gained is unsed to align the daily weighting of the AGF Panel.

The selection of panel households is based on annually updated specifications, which are drawn from the AGF Video Potentials Study as of 01/01/2022. It consists of two elements: the Potentials Study, which AGF has conducted in collaboration with agof and agma since 2020, and AGF’s own Platform Study.

The Potentials Study consists of 20,000 representative interviews, which are conducted by telephone in two tranches (autumn wave of the preceding year plus spring wave).

The Platform Study consisting of another 5,000 cases is conducted by means of a sophisticated methodology under which the interviewers also visit the households, enabling them to obtain exact information concerning the pay-TV providers and streaming services that are used in the household.

As only respondents aged 14 and older can be questioned in the survey, the specifications for children aged 3 to 13 are supplemented with information from the Micro Census.

The target specifically for the “Platform” characteristic is additionally derived from the Platform Study as a further updating specification to describe pay-TV households. An audit conducted under the responsibility of the Deloitte accounting firm, which provides specifications for the distribution of Sky as the biggest provider in the German pay-TV Market, is additionally applied to represent the distribution within the Pay-TV segment as validly as possible.

The target specifications are updated at the turn of the year, as a general rule. The specifications for the “Platform” and “Sky” characteristics are additionally updated again as of 1 July of every year.

The basis for the sample of panel households is the ADM Sampling System, which was updated in 2011 by the association of German market and social research institutions (Arbeitskreis deutscher Markt- und Sozialforschungsinstitute, ADM) and consists of approximately 53,000 sampling points. These are small territorial units consisting of small municipalities, urban districts, or road sections covering the entire inhabited territory of the Federal Republic of Germany. By using this sample system every household is given a chance to be recruited for the panel. 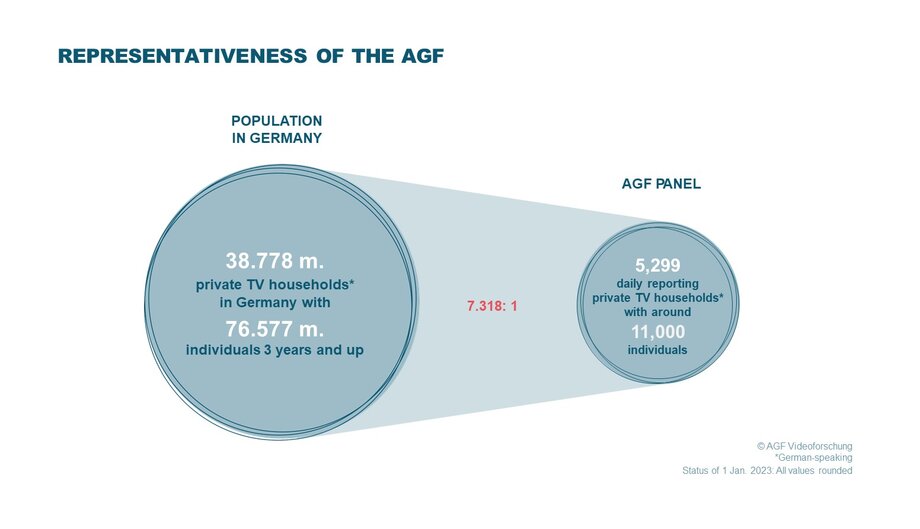 Households are recruited for the AGF panel in a two-stage process: Based on a representative sample, households/individuals are contacted and a short telephone interview is conducted to determine whether the household meets the target specifications for the AGF panel in terms of socio-demographic characteristics and reception situation (CATI screening). To a limited extent, initial contacts for certain target groups are also achieved online. If a household is basically suitable, a personal recruitment interview (face to face) is conducted for the AGF panel. During this recruitment interview, further information about the household is collected in the same way as in the structural survey. After successful recruitment, the measuring equipment is installed and the household is included in the daily reporting.

Panel households are distributed throughout Germany, with at least 214 representative households being available in each federal state. In this way, AGF ensures – even for smaller federal states – that there are enough households to also monitor local television providers.

The resulting disproportionate distribution of households among the states is rebalanced by the daily weighting.

The weighting is performed in two steps:

The weighting process ensures precise extrapolation to all TV and video households and all individuals age 3 or over living in them throughout Germany.

Four reception levels for TV which also are relevant for  recruiting and weighting are distinguished: