AGF began working to measure video streaming in addition to television audience research as far back as 2010. Figures for online video content have also been reported since 2014 – monthly since 2017 and daily since 2019.

The two data sets are merged in an elaborated process and reported as a convergent rating. 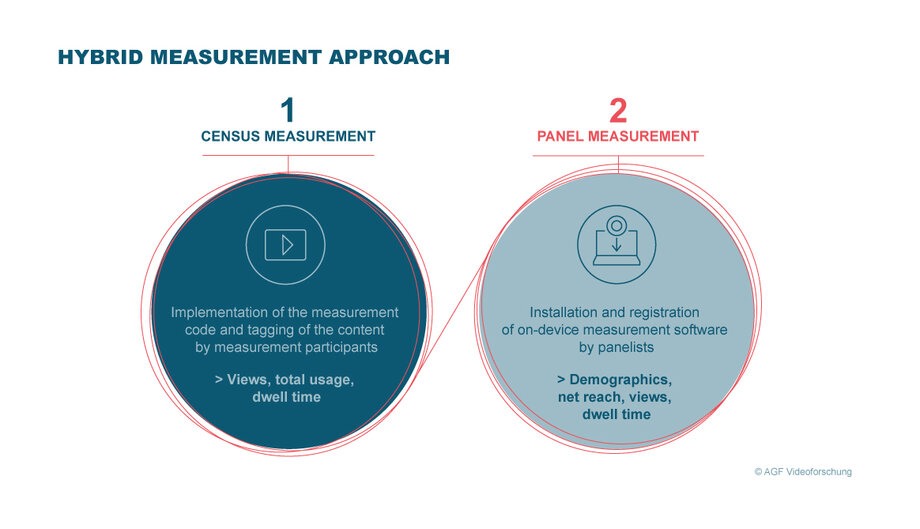