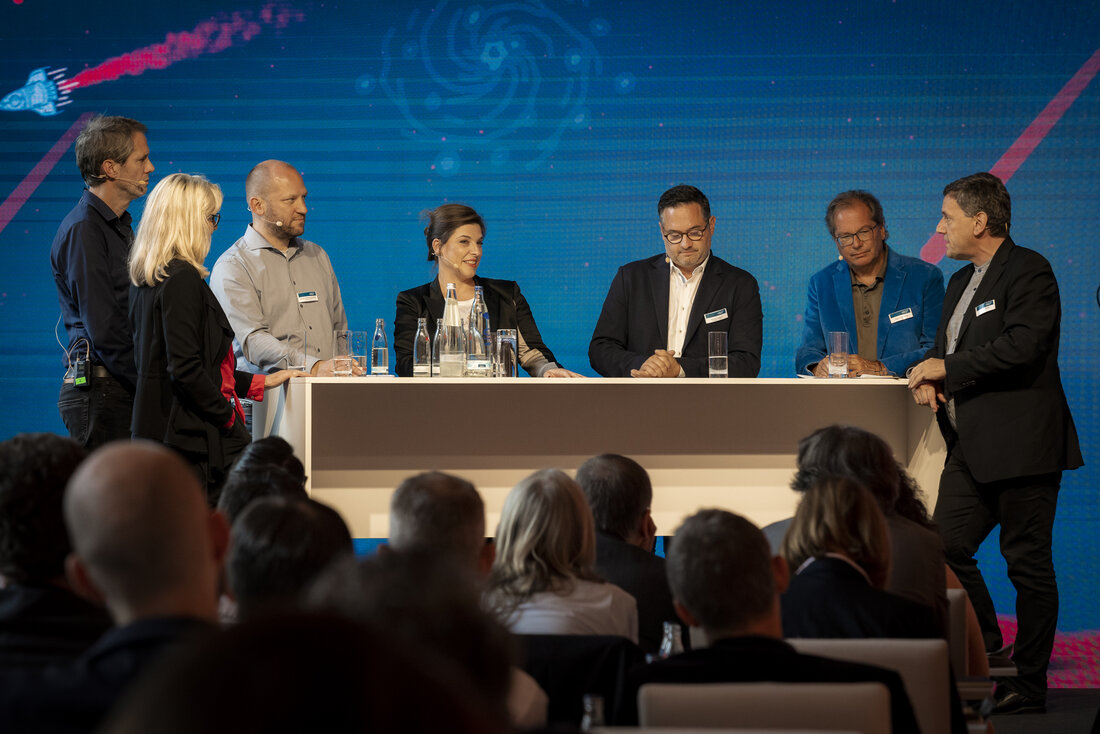 Frankfurt, 16/09/2022. Back to the Future: Video reach research continues to develop at a rapid pace and the market demands cross-media research. Accordingly, cross-media reach research was a key topic at this year’s AGF Forum, the annual congress in Frankfurt organized by AGF Videoforschung, which was held again for the first time after a long hiatus occasioned by the coronavirus pandemic. Top-notch speakers spoke about the future of an effective reach standard, as well as other topics of current interest in the video market, in various panel discussions and keynote addresses.

Kerstin Niederauer-Kopf, CEO of AGF Videoforschung, opened the congress with a discussion of the options and risks of anonymous big data sets in the data economy in general and media measurement in particular. She sees the appeal “Fight the bias and combine big data with smart data” as a promising approach which AGF has placed at the centre of its own research approach. Single-source measurement panels will have to be used for modelling and profiling to a much greater degree in the future, particularly with respect to cross-media issues, for reasons of data protection and cost efficiency in an environment of increasing market fragmentation. It is therefore all the more important particularly to ensure the quality of the methodology basis because otherwise any undetected bias would be propagated. That could easily lead to systematic errors in media measurement, especially media performance measurement, which must be minimized for the sake of programming decision-makers and advertisers.

In this context, AGF Videoforschung has announced, in preparation for a new agency licensing model, that it will provide exact-to-the-second data for a selected set of broadcasters and target groups in a dashboard format to media agencies with a PIN data license in the period from 01/10 to 31/12/2022. The existing conventions will remain in effect. “By no means do we wish to cast doubt on existing standards and conventions such as the commercial break and reporting by 5-minute intervals. We especially want to provide deeper insights from a data set that has served as the foundation of our measurement for decades to agencies to aid them in their day-to-day work”, Niederauer-Kopf said.

Guido Modenbach, Executive Vice President Research, Analytics & Consulting at Seven.One Entertainment, sees an important advantage for AGF in the AGF Project X-Reach launched in 2021, in which AGF is testing the extension of measurement to non-video content: “X-Reach is of great importance from the standpoint of both marketing and content. AGF has set an ambitious timeline with the goal of offering a new service which everyone can use by the middle of next year. The chances of attracting new marketers with this service are good.” Carsten Schwecke, CEO of Axel Springer All Media, added: “We see this as a realistic approach that can quickly provide a good picture of real usage and is already well advanced in terms of panel formation and data protection.”

Claus Strunz, Bild Editor-in-Chief, Director TV/Video Programming and Managing Director TV and Video at Axel Springer SE, likewise emphasized the importance of cross-media video research. “At Bild, which is Germany’s largest cross-media brand, we no longer think in terms of categories, but rather: What will interest people in the next 24 hours? We then run it across all channels, most especially TV, which is clearly a powerful medium for real-time reporting.”

Multiple crises from the coronavirus pandemic to the crisis in Ukraine have fuelled a boom in TV news. “Private-sector broadcasters are beefing up their programming in response to this change in viewer preferences. Innovation can be seen not only in the programs themselves, but in programming in general, where new ground is being broken”, said Malte Hildebrandt, CEO of the category Screenforce. In this connection, Ines Imdahl, proprietor of the market research institute Rheingold Salon, considers categorization and presentation tailored to individual target groups to be an essential function of TV: “And in this respect, TV must contend with competition from social media.”

At the conclusion of the AGF Forum 2022, the experts looked to the future of cross-media reach measurement research. Klaus-Peter Schulz, CEO of the Organization of Media Agencies (OMG), repeated the “demand to measure media usage as completely as possible. At the present time, we have EUR 4 billion in TV spends and EUR 2 billion in revenues from streaming. The latter category is not adequately described by performance data. It is therefore urgently necessary to show cross-media usage as comprehensively as possible.”

Another point of emphasis at the present time is an approach being developed by the worldwide customer association WFA in collaboration with the major digital platforms Google and Meta. This approach is championed especially by the Organization of German Advertisers (OWM). Norman Wagner, OWM Director and Director Group Media at Deutsche Telekom, said the following on this subject at the AGF FORUM: “An internationally uniform standard is not possible because the differences between individual countries are too great. However, WFA provides a kind of machine room, so to speak, where many solutions can be crafted centrally and then adapted to local conditions.”

Torsten Müller-Klockmann, Science Lead DACH at Meta, sees the WFA approach as “a viable way of measuring digital activity in the future even if cookies were to be eliminated, for example.” Dirk Bruns, Head of YouTube Sales at Google, regards the cross-media reach measurement approach as a challenge “that we must master together. Every player should play an equal role in the process and certain governance principles should be guaranteed, among them independence, the entire approach being administered by a neutral party, and the fair representation of all channels with equal voting rights.” In this context, OWM representative Norman Wagner made it clear that the OWM sees AGF as being capable, by virtue of its organization and expertise, of developing a Minimal Viable Product (MVP) for the German market, with real data and relevant partners. He said that OWM recently submitted a request to AGF.

A question that needs to be asked, however, is whether German reach measurement research is too over-engineered for an international cooperation. AGF CEO Kerstin Niederauer-Kopf appealed for more pragmatism, saying that: “A cross-media approach can only be developed through collaboration and it requires a great deal of trust. It cannot be a black box; instead, all relevant players must have an equal say. We have many synergies with the WFA approach and we also have the panels as the required methodology basis. And it would lend momentum to such a trailblazing development, which would also have to be concretized and adopted within AGF, however. And yet, this fundamental openness is already given insofar as this critical market issue must be resolved.”